Read it in 3 minutes

The Kalmar-based food cart, FrostHead AB can now accept card payments like never before thanks to the Surfpay app. Founder and CEO Christopher Crystal explains how the adaptability of the app works for his constantly “on the go” business model.

Starting a new business requires a lot of attention to detail, and one of the most important steps is finding the right solution to help you accept payments. As with any business that’s constantly “on the go,” FrostHead needed an efficient and flexible terminal. After testing the Surfpay app in an environment like Lollapalooza with 65,000+ people attending, the founder and CEO of FrostHead, is giving us a look into his experience with the app and how it will help him going forward.

A veteran in the financial services, Christopher Crystal started FrostHead AB for a change of industry. The Kalmar-based food cart was incorporated in March of this year and specialises in selling ice cream, coffee, energy, and soft drinks as well as chocolates. Mobile by design the FrostHead food cart is able to shift locations to find the selling spots.

“I can go to the towns, communes, or go to individual owners of land from restaurants to self-serve gas stations and set up shop there. Wherever I think the best potential is going to be,” says Christopher Crystal.

And, with a mobile business one doesn’t want to have to worry about clumsy POS terminals that can fall in and out of connection or constantly need to be recharged. FrostHead needed a quick, and simple payment solution to help the business constantly accept transactions without slowing down the line of customers.

“I needed something fast,” says Christopher Crystal. “Having had children myself, twins, I know that the timer starts counting down from the minute you say that you’re getting them ice cream, so I know how fast I need my terminal to be. There can’t be any lagging or anything slowing down the transaction.”

After searching the web for a terminal that would suit the company’s needs, FrostHead discovered Surfpay.

FrostHead first became interested in Surfpay, upon learning that it was accessible through the phone, which seemed perfect for a food-cart environment.

Surfpay is a mobile payment terminal app. It works by leveraging the NFC chip found on the back of any Android device to enable contactless card transactions with no additional hardware needed through the Tap to Pay technology.

I loved the customer service! Everything from the beginning was very quick, which was great for me.

“I was really interested in the app,” says Christopher Crystal. “I liked that I could complete everything (the onboarding) online. After reaching out, I got an immediate response. I loved the customer service! Everything from the beginning was very quick, which was great for me.”

FrostHead made its first venture with Surfpay, after traveling to Stockholm for the Lollapalooza event in Gärdet. Christopher Crystal, and a team of sellers scoped the area to sell water, soft drinks, earplugs, and lollipops to prospective attendees and passersby directly from their Samsung smartphones. 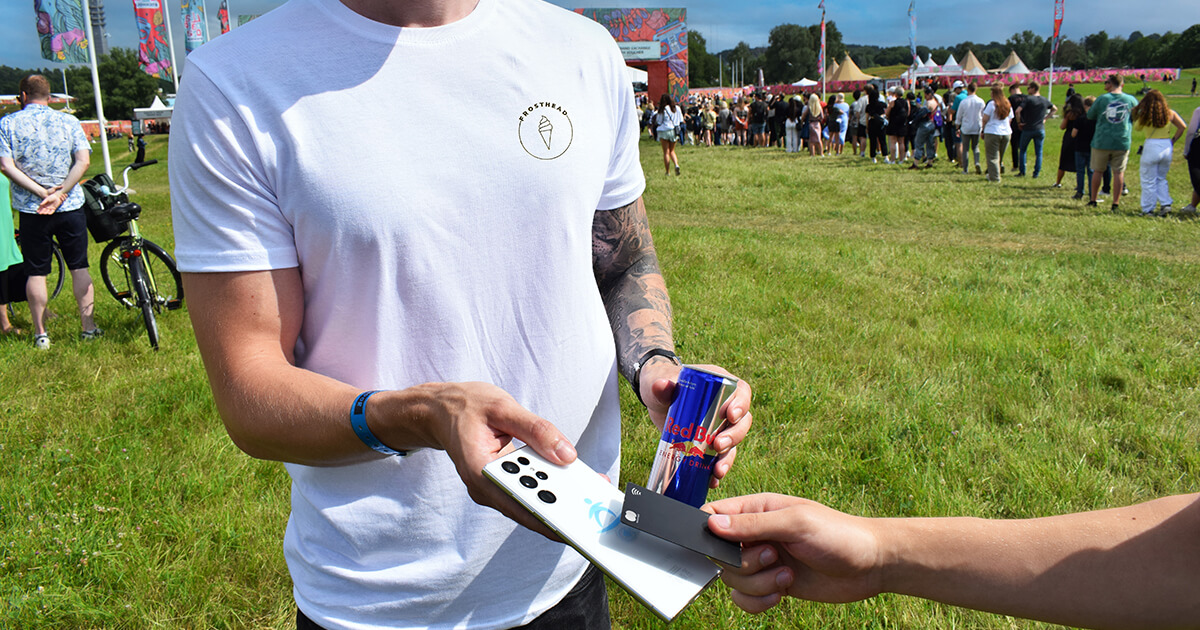 From the beginning of day one at Lollapoolza, Surfpay was very easy to navigate and proved its mobility in the festival-like setting.

“For the sellers working there it was their first time handling the app and they were able to make the transactions with no problem,” says Christopher Crystal. “It was great to see it in action, working with ease.”

Starting off with just a few units in the area, FrostHead was able to utilize more sellers later on thanks to Surfpay. With the app, any merchant can increase their terminal fleet easier than ever before. Instead of needing to purchase more hardware or extra terminals, FrostHead was able to add sellers to the area by simply downloading the app onto more Samsung phones. This way FrostHead could cover more grounds in the surrounding area of Lollapalooza and approach more potential customers.

Being able to expand the terminal fleet was incredibly easy

"Being able to expand the terminal fleet was incredibly easy," adds Christopher Crystal. "That’s what I really like. My plan is to expand in a franchise type of model, so I could see how quickly I could do that. This means that I could implement on a daily basis—I could have multiple people, multiple units out working in a very short period of time which offers the expansion of sales."

In addition to the mobility, the overall customer experience was very positive, with quick transactions. FrostHead was also able to monitor its sales thanks to the real-time dashboard on the app that instantly provided data throughout the two days.

"I think overall (the event) was very good,” says Christopher Crystal. “On an operational level that’s more tailored to what I’m doing with FrostHead, Surfpay proved to be very effective and I was able to see that today. Because of the simplicity of the app we were able to adapt very quickly.”

In turn, FrostHead seems very positive about its experience with Surfpay and will continue to use the app going forward, especially as the company expands. Christopher Crystal recommends the app to other business owners especially those in the food cart or food-truck industry.

Get Surfpay today, and you can start accepting contactless card transactions for your business. 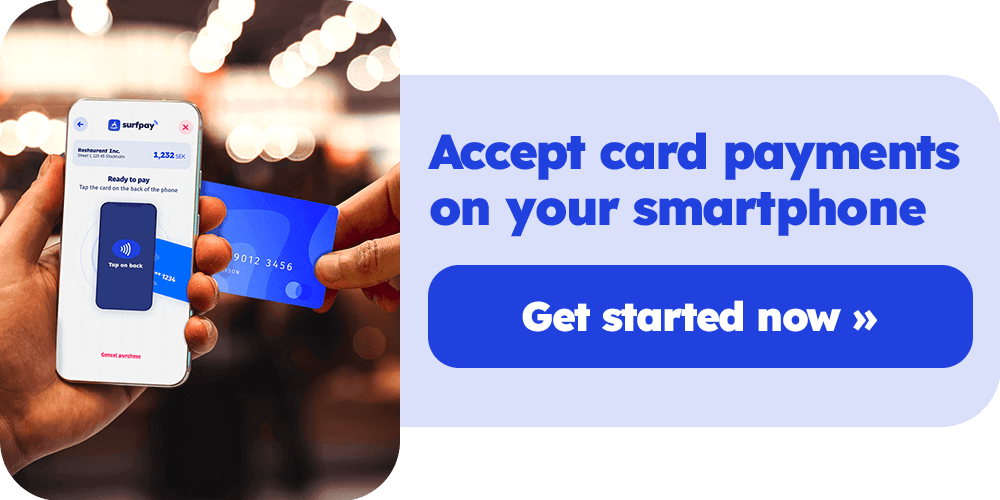 It’s becoming more and more likely that customers will be expecting to pay with a cashless method....

A Step By Step Guide to Starting Your Own Business »

Calling out to all potential entrepreneurs! Have you ever thought about pursuing your passions and...

How to Accept Contactless Payments: A Simple Guide »

The world of payments is changing, and you don't want to be caught in the dark ages. Learning how...